What is margin of error in a survey? 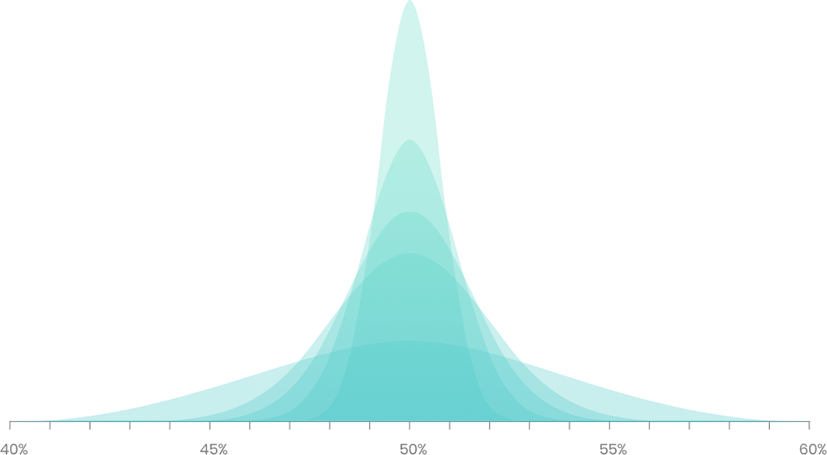 Confidence level (not to be confused with confidence interval) is a measure of how certain you are that your sample accurately reflects the population, within its margin of error. Using the high school example, let’s say you conducted a survey among a sample of students to see if breakfast is popular amongst high schoolers. The survey results conclude that 60% of your respondents like to eat breakfast every morning. With a 4% margin of error rate and a 95% confidence level, it is safe to say that if the survey was repeated numerous times, the answers would reflect the same results 95% of the time. Common standards used by researchers are 90%, 95%, and 99%.

Sample size is a statistically representative subset of the group of people (or population) whose opinions or behaviour you care about. The goal of sampling a small part of a larger group is to gain enough information to make assumptions about that population as a whole. In surveys, the sample size is the number of completed responses your survey recieves.

Pollfish surveys use a method called “random sampling”, where respondents are chosen entirely by chance from the population at large. This method prevents biased results in the data collected, and it ensures that the population you are looking to learn about is properly represented.